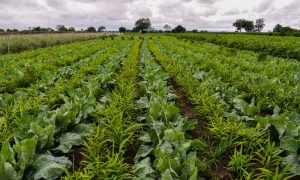 There are a lot of stereotypes feeding the notion that environmentally friendly choices are burdensome. Electric or biofuel vehicles cost more, organic food rots faster, etc. In the world of farming, regenerative agriculture has struggled with just this kind of negative PR. However, as the research rolls in, the truth is becoming hard to deny.

Good for the soil, good for the producer’s health and wealth, and a good step toward reducing agriculture’s impact on the environment.

First, what is regenerative agriculture?

As the World Resources Institute puts it, there’s no universal definition for what makes an agricultural practice ‘regenerative.’ Broadly speaking though, the term tends to cover restoration practices that increase the amount of carbon stored in soils.

Some of the most common practices being employed today include:

Each technique has a different learning curve associated with it. But in general, the most popular solutions are both relatively inexpensive to implement and provide tangible, positive results.

Benefits to the soil

Modern agricultural practices can place a heavy burden on soils though. They do this through:

By engaging in regenerative agriculture, producers can actively encourage a healthy ecosystem in their fields. And that can lead to big rewards, on both a personal and planet-wide scale.

The farmers and ranchers that engage in regenerative agriculture tend to see benefits in two forms: monetarily and psychologically.

Yield has long been held up as the benchmark for assessing agricultural success. However, the reality is that the biggest yield doesn’t always mean the highest profit margin. Simply put, an acre that needs $1,000 of fertilizer due to poor soil health has a much higher bar to clear before profitability than an acre that needed $0.

That’s why, though regenerative agriculture does often result in lower yield, it has still been shown to provide substantially better financial returns. One study found that regenerative fields returned 78% higher profits vs. conventional ones. A different study, conducted over three years on working farms, found that regenerative practices resulted in a profit increase of up to $130 per acre. Even for small farms, that can add up to thousands or tens of thousands of dollars every year.

The potential psychological benefits of regenerative agriculture could be enormous. South Dakota State University conducted a poll in 2020 of both conventional producers and regenerative producers. The respondents were asked about their current stress levels and their feelings about the future of their operations.

The results showed that regenerative producers:

Benefits to the environment

Finally, regenerative agriculture can have a marked impact on the health of our planet.

For starters, regenerative practices help remove carbon dioxide from our atmosphere by capturing it and storing it as organic carbon trapped within the soils. They also help reduce the amount of pesticides and fertilizers being used, protecting water sources from excess pollutants. And the increased vegetation can have a positive impact on wildlife, including pollinating insects.

At Agri-Access, we’re excited to help local banks and their producers capitalize on the potential of regenerative agriculture in any way that we can. Reach out to a Relationship Manager today!