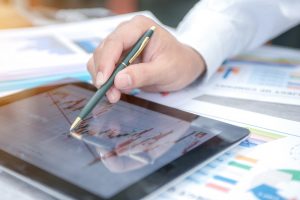 As lenders, you have the pulse on the agriculture market in your region, and are an undisputed subject matter expert on the challenges and opportunities.

To provide a wider lens on the economic landscape, Agri-Access was pleased to have Adam Gaskill as our guest presenter for our webinar series. On Sept. 8, 2022, he provided a deep dive on the U.S. economy and what to expect with interest rates as the Federal Reserve continues its efforts to curb inflation.

Gaskill is the director of asset liability management for Compeer Financial. The following is a recap of his presentation on inflation and interest rates.

Core indicators: What they tell us about economic health

Gaskill pointed to this summer’s inverted path of the 2-year and 10-year treasury yields curve: After hitting a peak in mid-June, the yield curve backed down for six weeks to two months, rising again in August.

This kicked off much discussion and forecasting among financial experts because the inverted yield curve is one of the most reliable indicators of an upcoming recession. Historically, every recession is preceded by an inversion in the yields curve, Gaskill said.

Another important indicator of economic health is gross domestic product (GDP), which has shown two consecutive quarters of negative growth.

“Historically speaking, I don’t think we’ve ever had two consecutive quarters of negative growth without eventually being called a recession,” Gaskill said.

Despite the inverted yields curve and negative GDP growth, declaring a recession is still being closely watched and debated among economists and market professionals. That may be because other factors are present that have countering effects on these trends — making it a difficult call.

“If you look around, there’s definitely some signs that would point you to a recession or a softening economic landscape,” Gaskill said. “But there’s also a lot of signs that definitely don’t feel anything like a recession.”

Other economic indicators that point toward growth

The following are economic trends that seem to run counter to other indicators of a coming recession.

Inflation: What the ongoing fight means for interest rates

The Fed “has been very clear” in that their number one priority right now is fighting inflation, Gaskill said. As Chairman Powell stated in a keynote address in August, the Fed’s intention was to continue to take inflation very seriously, while acknowledging the economic pains it would lead to.

“They’ve been trying to signal that for the better part of this year, kind of unsuccessfully,” Gaskill said. “And I think they’re really just finally starting to get some traction with the market and the market’s starting to finally believe them, at least in some sense.”

The market is forecasting Fed-issued rates to peak in the 3.5-3.75% range, and then come down in 2023, particularly if the U.S. enters a recession.

After inflation rates peaked in fourth quarter 2021, the Fed’s forward-looking long-term inflation expectations are falling back.

“They do seem to be stabilizing more in the 2.5% range. Even though that’s not quite the Fed’s 2% target, given where we are today, I think 2.5% inflation would be very welcomed.”

While we continue to monitor economic conditions, we’re pleased to offer unique lending solutions for ag real estate lending needs. Contact a relationship manager today to find out about the options most suitable for your client’s needs.