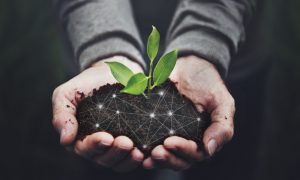 It’s tricky to tell which start-ups are destined for success and which will sputter out. That being said, there’s no doubt that some of today’s emerging companies are destined to be major players in the future.

Most folks in agriculture these days are interested in the big ideas buzzing in agtech, so we’ve pulled together five promising startups catching the eye of investors.

Benson Hill was named to Fast Company’s prestigious annual list of the World’s Most Innovative Companies for 2022. As an agricultural biotechnology company, they have attracted quite a bit of attention (and funding) in its nine years of life. It went public last year and has already acquired several other smaller startups to boost its portfolio.

Its CropOS product uses machine learning to help researchers better predict which seeds will produce a specific trait. The insights that CropOS generates can then be used in a variety of applications, including crop breeding and genome editing.

Indigo has received a massive amount of funding in the past seven years, a sign of just how much potential investors see in it. Much of their efforts have focused on the microbial colonies that have co-evolved with plants. The microbes show promise as a means to improve crop productivity and efficiency.

While Iron Ox hasn’t received as much funding as the previous two companies on this list, it’s still a heavy hitter in the world of agtech startups. They’re currently about six years old, and their claim to fame is as an operator of autonomous, robotic greenhouses. They use their greenhouses to grow pesticide-free farm products, with the goal of making such products widely accessible.

As with many other greenhouse startups, they’re currently focused on leafy greens and culinary herbs. These crops have a low up-front investment and a good return, making them a natural choice for a company that’s looking to grow.

Guardian Agriculture, is the youngest startup on our list, founded only five years ago by Kiwi Technologies. While they may still be quite small, their core product has a big wow-factor — crop-protecting drones.

They claim their drones reduce wasted chemicals during the spraying process, thanks to the precision and consistency of their robots. They also help farms avoid unnecessary soil compaction, being entirely airborne. Finally, they pride themselves on being U.S. made with U.S.-based servers storing all data.

Last on our list is Provivi, a startup developing biopesticides for the agricultural sector. They pride themselves on their team’s experience with biotechnology and agchem. After being founded at California Institute of Technology (Caltech) in 2013, Caltech has since become a key licensor, shareholder and research collaborator for the company.

In their company statement, they say they pursue the creation of efficacious, safe and environmentally benign pest-management products. They focus on the use of pheromones to confuse insects and disrupt their mating process, decreasing the size of future generations.

While there is no such thing as a sure bet in the world of startups, these companies have found a niche by the quality of their offerings and the amount of investment interest they’ve already attracted. Innovative and leaders in helping advance technology, these companies are certainly worth watching as they strive for long-term success.